Nestled in Singapore’s Central Business District’s (CBD) network of dazzling skyscrapers is a once-coastal street and prominent landing bay for our nation’s early immigrants (Source). Telok Ayer has changed plenty since its waterfront days and has recently welcomed a new addition to its burgeoning skyline, Frasers Tower.

In this Then and Now series, we embark on a trip down memory lane to uncover the history of Telok Ayer, marked by the heritage shophouses and historic cultural monuments hidden in this modern Chinatown. 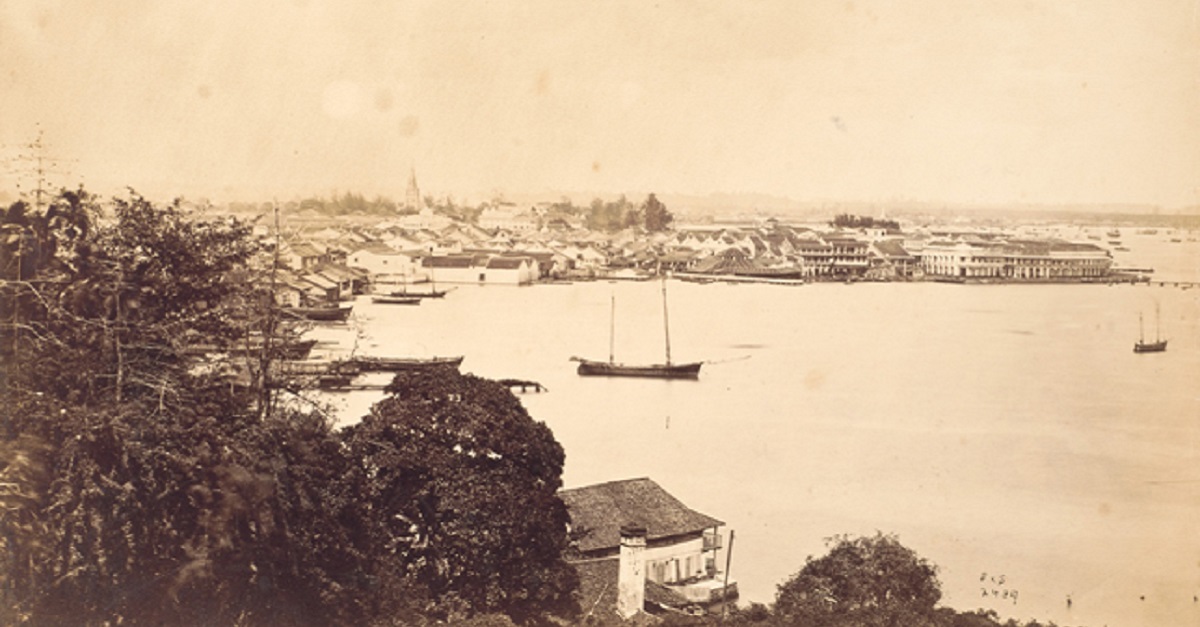 Before land reclamation of the Telok Ayer Basin started in the early 1900s, Telok Ayer Street originally faced the seafront and was the initial and main landing site for early immigrants who arrived by sea.

Sir Stamford Raffles had designated Telok Ayer to be a district for the Chinese in 1822 (Source). However, as the first landing point of many immigrants, Telok Ayer naturally grew into a melting pot of races and religions.

Telok Ayer Street alone is home to 72 national monuments of rich cultural heritage in Singapore. Hence, developing new buildings within the area of Telok Ayer required careful planning to balance out the preservation of the heritage structures and the advent of modern glass-panelled skyscrapers.

Among the national monuments is the Telok Ayer Chinese Methodist Church, Singapore’s oldest Methodist Chinese-speaking church and one of the most iconic religious buildings in the area. 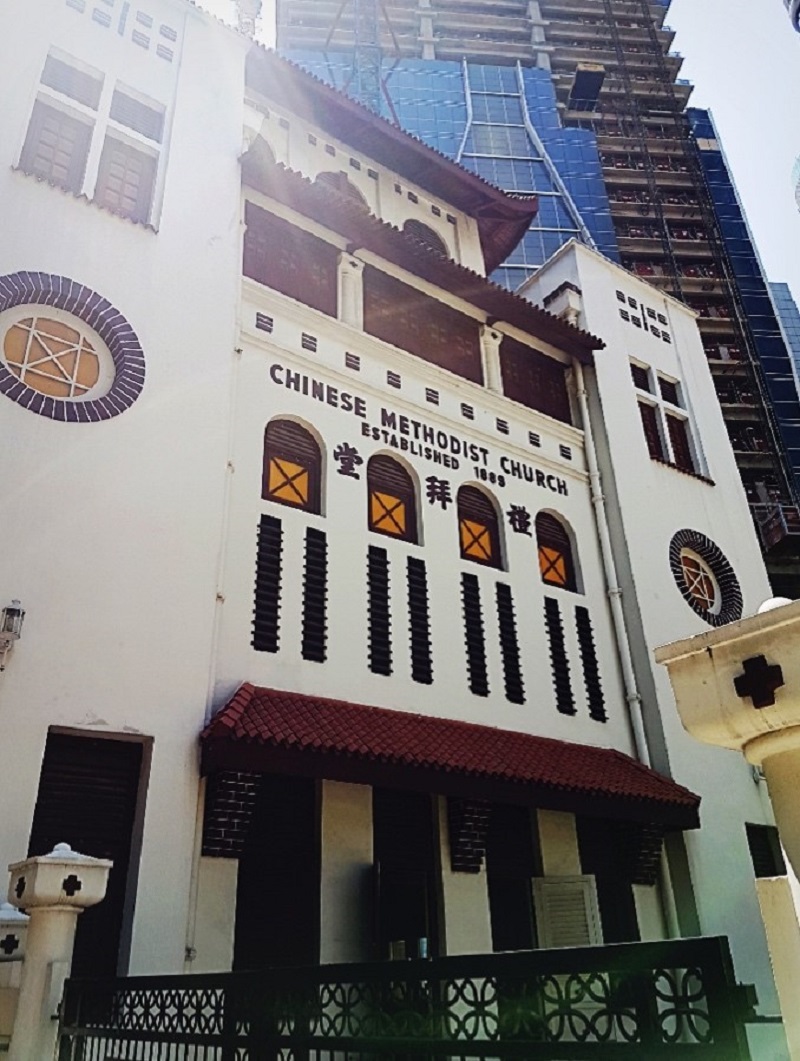 The church’s pastor, Reverend F. H. Sullivan, first acquired the original plot of land in 1913 in Telok Ayer (Source). About 11 years later, with funding from church steward, Ng Hong Guan, the church managed to also acquire the adjoining land that previously belonged to the British Crown and the Chinese Free School. With more land, construction of the church began in earnest. A French construction company, Bross and Morgin, was engaged for the deed, with Denis Santry of Swan & Maclaren as its chief architect (Source). The design of the Telok Ayer Chinese Methodist Church has remained unchanged through the decades. Among its original designs are the four timber panels with gold-leafed Chinese characters that read “shang di shi ai”, meaning “God is love”.

Affirming the deep religious and cultural heritage of this iconic building, the church was gazetted as a national monument on its hundredth anniversary in March 1989. 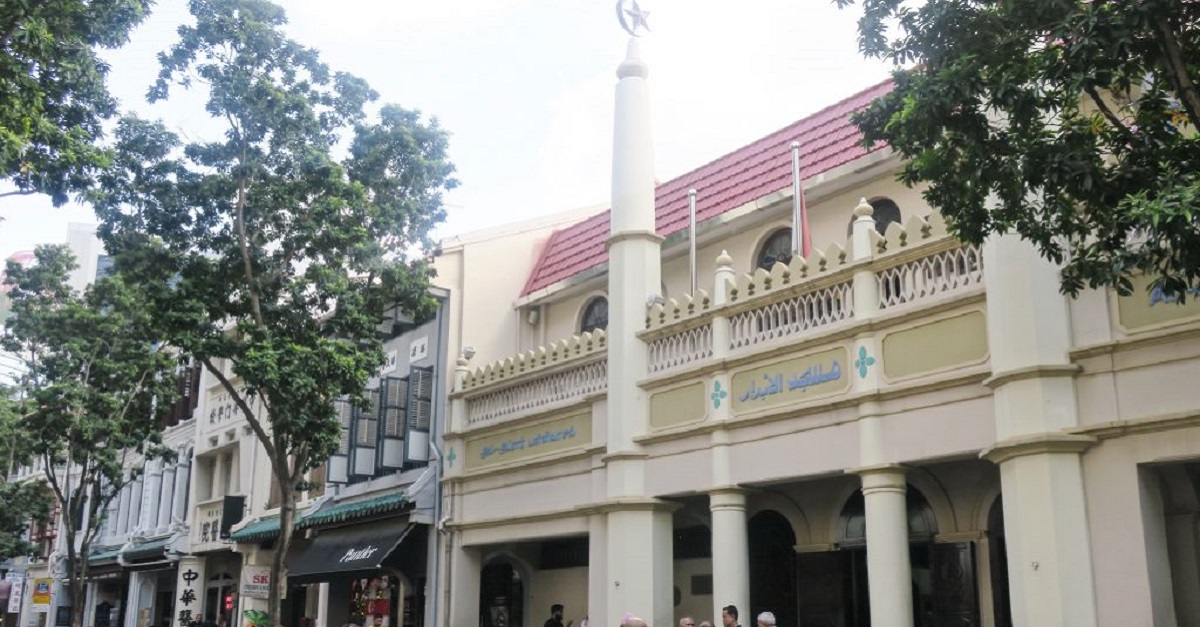 Flanked by shophouses and high-rise buildings, the relatively obscure Ann Siang Hill, is another historic precinct in Telok Ayer.

The hill was originally known as Scott’s Hill and Gemmill’s Hill, named after its owners, before finally being renamed as Ann Siang Hill (Source). This was after Chia Ann Siang, a wealthy Chinese businessman built his house and estate on the site. The Chinese used to call this area “Qing Shan Ting”. The early Chinese immigrants visited Ann Siang Hill when they wanted to send money home to their families in China, as it was the traditional site of remittance houses. Letter writers and calligraphers also set up shop at narrow “five-foot ways”, or passageways, along the shophouses, to help the illiterate immigrants write letters home. A short 30-minute climb up to Ann Siang Hill Park, located at the end of Ann Siang Road will offer a view of conservation shophouses, contrasted with a backdrop of modern high-rise buildings. 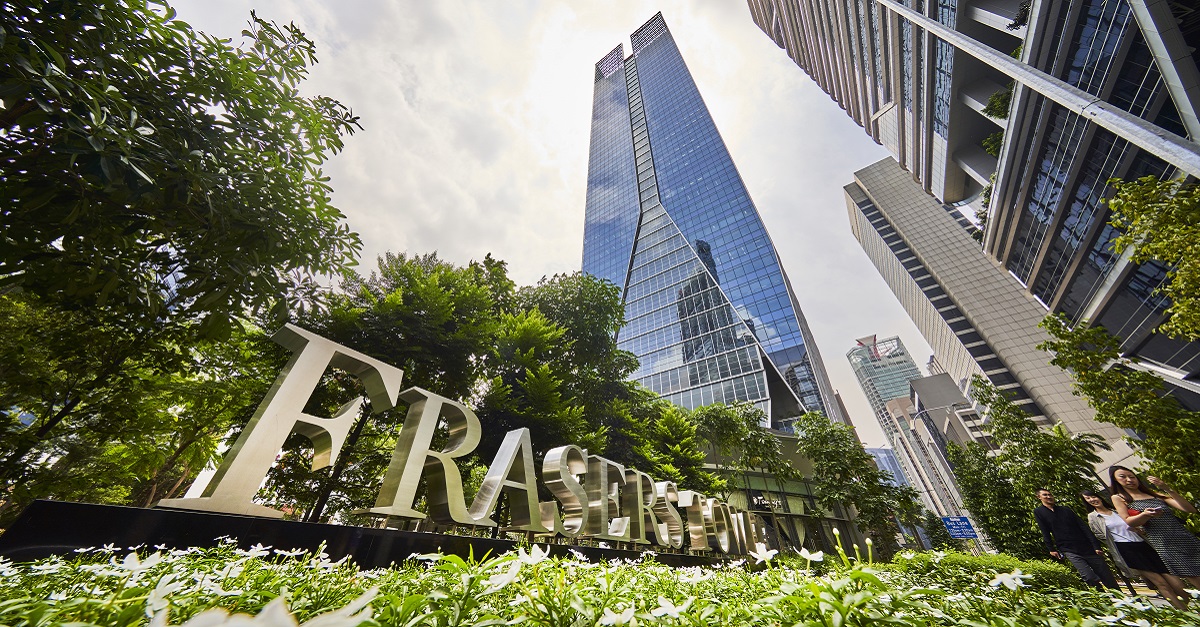 Today, sitting next to these historic landmarks is its modern neighbor, Frasers Tower. Since its completion in May 2018, the latest iconic development has brought buzz and a new lease of life into the area with its exclusive community zones for tenants and visitors to live, work and play.

Among them is The Oasis, a three-storey retail podium with a lush roof garden. The space is home to an eclectic mix of food and beverage concepts, including new-to-market concept, Preludio, Relish and crowd favourites such as Muchachos. 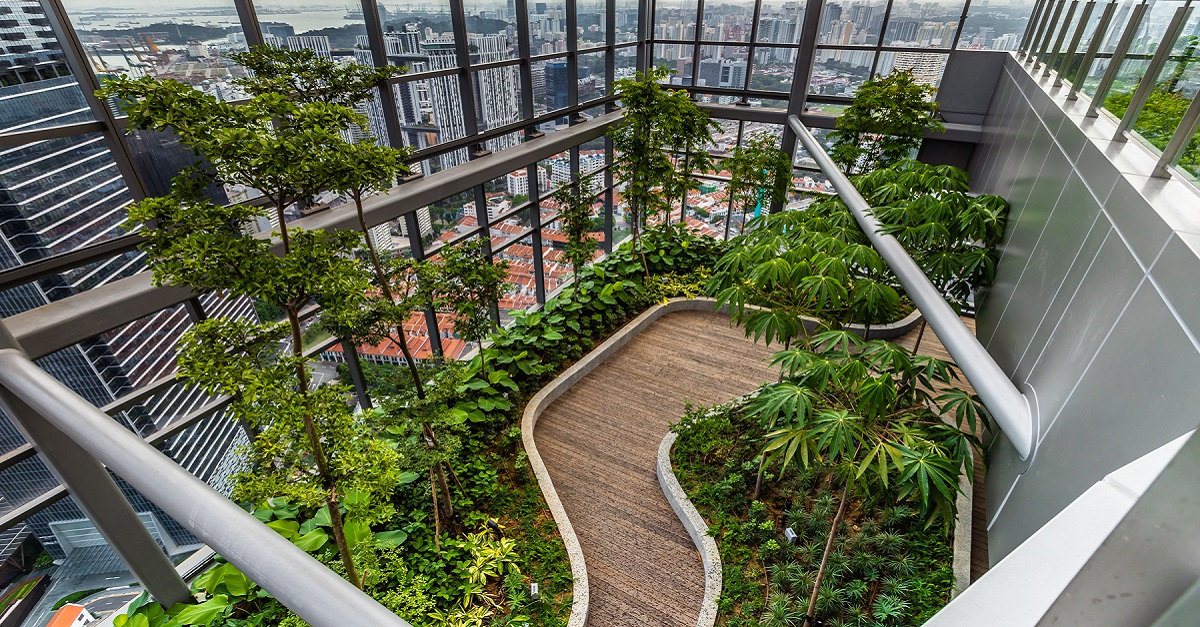 Another community zone is The Sky, a roof garden located on the 38th floor that offers stunning, panoramic views of the city.

The Terrace located on Level 4 is an exclusive tenant-only space that has resting pods, pool tables, and dedicated areas for collaborative discussions and networking sessions. Unique to Frasers Tower is The Park at ground level which is directly linked to Telok Ayer Park. Featuring lush greenery, The Park provides tenants and passers-by temporary respite from the sun, and opportunities to experience dining at the restaurants located within the property.

These days, the community spaces are alive and buzzing with activity as Frasers Tower continues to welcome more organisations that have chosen to house and grow their businesses there.

Despite entering a new urban era, Telok Ayer still remains a melting pot of cultures where different communities co-exist and collaborate. It has retained its distinct identity and heritage as a bustling commerce hub whilst reinventing itself with modern marvels that cater to a new generation of workers.