Heralded as the “waterfront town of the 21st century” by the Urban Redevelopment Authority (URA), Punggol has undergone major transformations since its early days to become one of the hottest residential areas in Singapore today (Source).

In this Then and Now series article, we explore Punggol’s past and the defining moments in its history that has made it what it is today.

The name “Punggol”, sometimes spelt as “Ponggol” literally translates to “hurling sticks at the branches of fruit trees to bring the fruits down to the ground” in Malay.

Its original settlers in what was popularly known as Kampong Punggol, were mainly Malay fishermen. In fact, the area was believed to have existed over 200 years ago even before Raffles’ arrival in 1819, making it one of the oldest settlements in Singapore (Source).

Even in the past, Punggol’s rural atmosphere and relative isolation from the centre of Singapore made it a suitable place for retreat and recreation. It was this perception that drew wealthy Europeans to build their houses there, forming the basis of Punggol’s association with recreation. 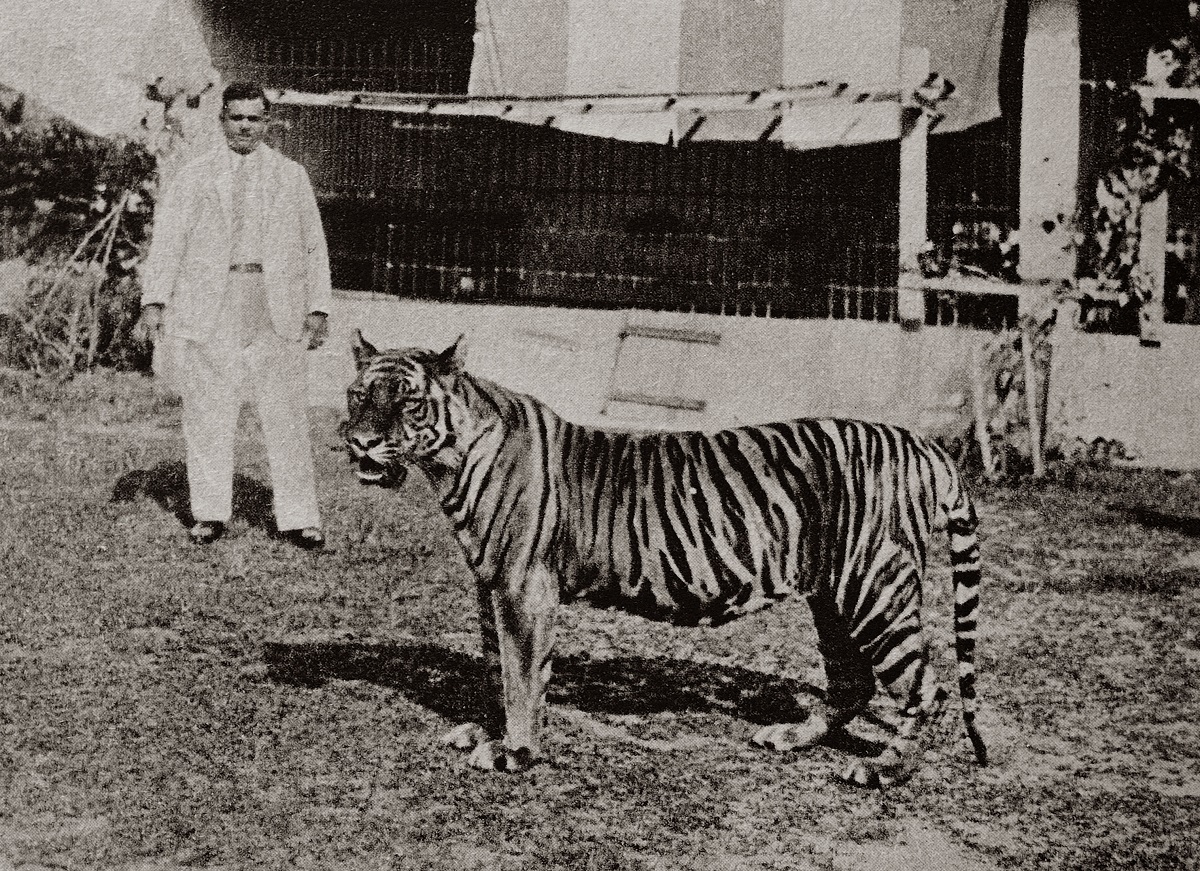 Basapa with his pet tiger “Apay”. (Source: The Straits Times)

The Basapa Ponggol Zoo was established in 1922 by William Lawrence Soma Basapa, an Indian real estate owner who was also an animal trader and an avid collector of exotic animals (Source). It was Singapore’s only zoo at that time, and commonly known as “the Singapore Zoo”, even though it was privately owned. The zoo was immensely popular among local residents, especially on weekends.

Unfortunately, during the Japanese invasion of Singapore in 1942, the British armed forces occupied the land on which Punggol Zoo was sited and it was forced to close.

Punggol’s reputation as a place for recreation grew in prominence once more only after 1945, the post-war period. For instance, a second private zoo called “Singapore Zoo” was opened in 1963 by Chan Kim Suan, a landowner and animal lover (Source). It had only 70 animals, making it significantly smaller than Basapa Zoo, but it was a new start for Punggol. 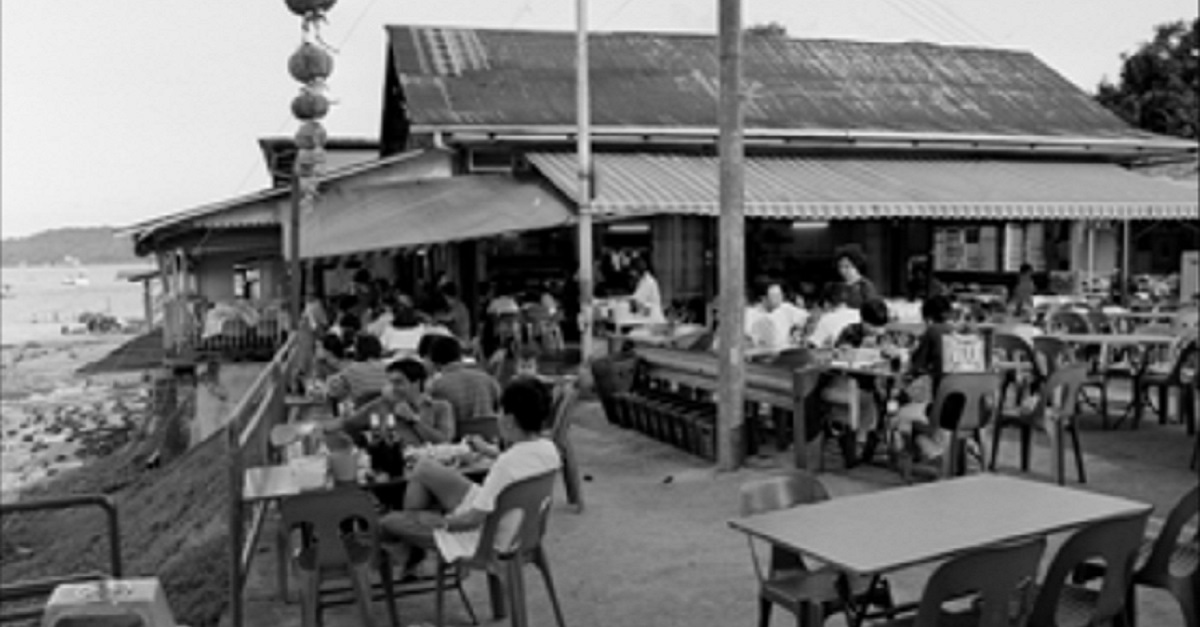 In the subsequent decades, new attractions such as seafood offerings were established in Punggol.  A notable example would be the Sea Palace Kelong Restaurant which was set up in 1969 (Source). It was Singapore’s only kelong-style restaurant nightclub and was built over stilts at Punggol Point, providing a novel seaside experience for diners. Thereafter, other seafood restaurants began to open in the area and cemented Punggol’s reputation as the go-to place for delicious seafood and waterfront dining.

Waterfront Town of the 21st Century

Over the years, the coastal settlement of Punggol slowly but steadily underwent changes. In the 1990s, the government announced its “Punggol 21” development plan, which saw the construction of premium public and private housing developments and other facilities to develop Punggol into a vibrant town (Source).

The crowning jewel of Punggol is the picturesque 4.2 kilometre-long Punggol Waterway. Flanked by resort-style residences, a town centre, recreational amenities and eateries offering al fresco dining on its banks, it is not difficult to see why Punggol has developed over the years to become an attractive hot spot for leisure and recreation.

Opened in 2015, Coney Island is another integral part of the envisioned Waterfront Town. The island is linked to the rest of Punggol by bridge to the Punggol Waterway Park Connector. These recreation amenities have added to Punggol’s waterfront identity and offer unadulterated nature at its finest, making it perfect for leisurely strolls and cycling.


Waterway Point – All in one lifestyle hub in Punggol

Opened in 2016, Waterway Point has become a significant feature of Punggol and contributed to the area’s attractive charm by offering amenities and exciting experiences for every member of the family with its entertainment and enrichment facilities, thematic casual dining concepts and wellness services. 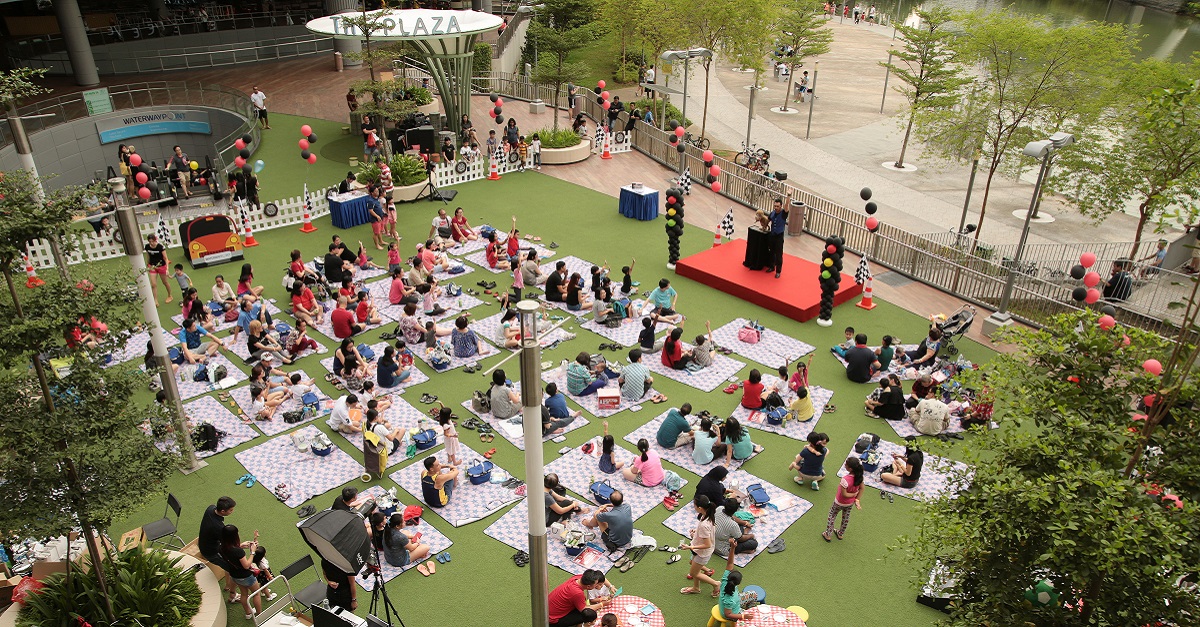 View from The Plaza at Waterway Point where community events like picnics and performances take place.

It is also the first mall in Singapore to be integrated with a town square and a visitor’s centre which provides an avenue for residents and the public to learn more about Punggol’s history through exhibitions and community events. The integrated development also features themed spaces such as Happy Park, the mall’s playground which features an outdoor play zone with both wet and dry play areas, as well as community zones like the Village Square, Market Square and Event Square, which often play host to events for residents living in the vicinity.


Punggol – History in the making

Punggol is a unique part of Singapore. Its beautiful façade today is vastly different from its humble beginnings, and it is still undergoing changes.

In less than five years, Punggol will also house a Digital District, the first district in Singapore to adopt an integrated masterplan approach that combines amenities for the community with a business park and a university — the Singapore Institute of Technology (SIT). Residents can look forward to new amenities such as hawker centres equipped with electronic payment technology and features such as a “hub parking” system where carparks in the district will be connected underground. (Source)

As we leap into the next 50 years of Singapore, we expect Punggol to remain a distinct feature of this sunny island – a lively hub where people can live, work and play. In the meantime, we look forward to continually providing residents with the leisure and recreational options that they desire!