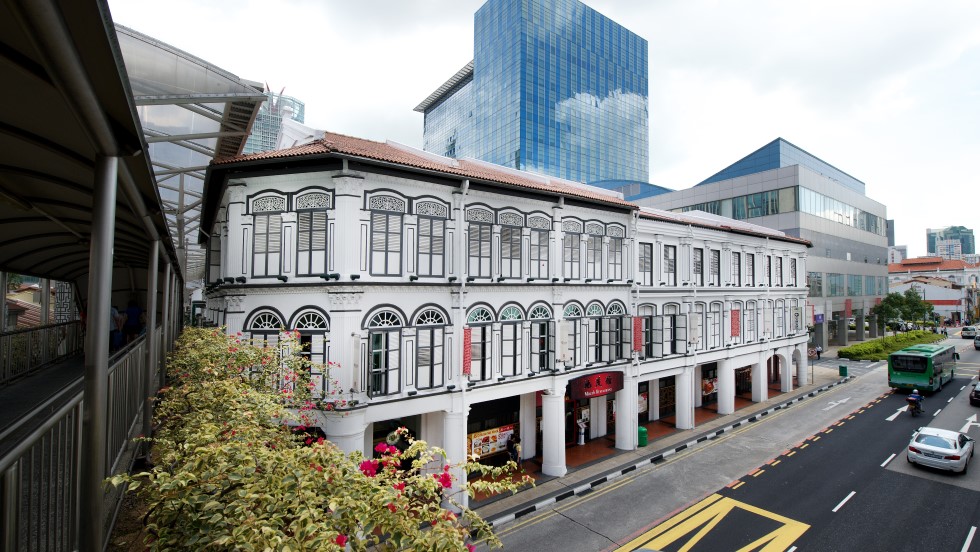 Frasers Commercial Asset Management Ltd. (“FCOAM” or the “Manager”), the manager of Frasers Commercial Trust (“FCOT”, SGX: Frasers Com Tr), wishes to announce a distribution to Unitholders of S$21.9 million for the financial quarter ended 30 September 2019 (“4QFY19”)1. This translates to a Distribution per Unit (“DPU”) of 2.40 cents, which is unchanged from the previous quarter and also 4QFY18.

The distribution for 4QFY19 will be paid out on 29 November 2019, with the distribution books closure date scheduled for 31 October 20191. The Manager will be applying the distribution reinvestment plan (“DRP”) for the 4QFY19 distribution. The DRP provides Unitholders with the option to receive their distributions declared either in the form of Units or cash, or a combination of both.

4QFY19 portfolio gross revenue of S$32.9 million and NPI of S$21.7 million were 8.9% and 10.0% above 3QFY19, respectively, mainly due to higher gross revenue recognised and lower utilities expenses for Alexandra Technopark and higher occupancy for Central Park.

The NPI figures above are before contribution from the 50.0% indirect interest in Farnborough Business Park (“FBP”) in the United Kingdom (“UK”), which is held as a joint venture and equity-accounted. The 50.0% interest in FBP was acquired on 29 January 2018 and the attributable NPI3 for 4QFY19 and FY19 were S$2.0 and S$10.2 million, respectively. Including the attributable NPI of FBP, portfolio NPI for 4QFY19 and FY19 would be S$23.7 million and S$92.9 million, respectively.

While there are currently uncertainties with regard to the eventual outcome and impact of Brexit, the Manager remains confident on the long-term prospects of the UK market. The Manager expects the performance of FBP to remain stable given the property’s solid fundamentals, which include a high-quality tenant base, healthy occupancy rate of 97.4% and long WALE of 6.8 years4 (with 82.0% of current leases by income expiring beyond FY23), as at 30 September 2019.

Total portfolio value based on independent valuations as at 30 September 2019 was S$2.2 billion7, an increase of 4.4% compared to a year ago. In the respective local currency, the Singapore properties, the Australia properties and FBP reported year-on-year valuation gains of 10.0%, 4.6% and 1.1%, respectively.

FCOT’s gearing as at 30 September 2019 was 28.6%, which is one of the lowest among S-REITS currently. The healthy level of gearing, which is well below the regulatory limit of 45%, provides a high degree of financial flexibility to pursue growth initiatives and capitalise on market opportunities, as well as a buffer against unforeseen market risks.

As at 30 September 2019, the weighted average term to maturity of FCOT’s borrowings was 2.1 years, with no more than S$210.0 million due in any one financial year. In addition, all borrowings are on unsecured basis, which affords further financial flexibility.

Enhancing and rejuvenating existing assets is an important part in the Manager’s overall strategy to reshape and strengthen the investment portfolio for long-term growth.

The completion of the upgrading and repositioning of Alexandra Technopark into a contemporary business campus in January 2019 has brought about tangible positive outcomes and enhanced the market positioning and long-term income potential of the property. Since January 2019, some 490,000 square feet (“sq ft”) of lease commitments have been secured at the property, including 460,000 sq ft of new leases. New tenants brought in include well-established local and international firms from a wide array of sectors, which have further strengthened and diversified the tenant profile. In addition, recent signing rents at S$4.30-4.60 per sq ft per month are generally above the average passing rent of slightly below S$4.00 per sq ft per month as at the end of 2018.

In the longer term, Alexandra Technopark is also expected to benefit from the urban transformation and rejuvenation of the Greater Southern Waterfront8, on the back of the Government’s plans to revitalise this precinct into a place integrating ‘work, live and play’.

At China Square Central, asset enhancement works to rejuvenate and reposition the retail podium at 18 Cross Street (the “CSC Retail AEI”) obtained Temporary Occupation Permit in 4QFY19. As part of the revamp, the architectural and technical specifications of the retail podium have been upgraded while integration and connectivity with other parts of China Square Central have been enhanced. In addition, the net lettable area of the retail podium has expanded to around 80,000 sq ft9 from around 64,000 sq ft prior to the commencement of the asset enhancement works.

The newly revamped retail podium is expected to commence business operation in phases starting from November 2019 and will feature a refreshed tenant mix and new shopper amenities. Close to 80% of the space in the retail podium has been pre-committed, with approximately a further 10% currently under active negotiations.

Mr Jack Lam, Chief Executive Officer of the Manager said, “We look forward to the impending resumption of business at, and income contribution from, the retail podium of China Square Central. Visitors can expect a refreshed and exciting mix of food and beverage, health and fitness, lifestyle and other offerings set within a rejuvenated and appealing environment.”

At Central Park, asset enhancement works to the lobby and forecourt areas (the “CP AEI”) are in progress and are currently expected to complete in 3Q 2020. Estimated to cost S$23 million (FCOT’s 50% share: S$11.5 million), the CP AEI will enhance the experience for tenants and visitors and consolidate Central Park’s position as one of Perth’s premium grade business locations. The CP AEI will provide the property with a more contemporary, activated and community-friendly environment through the introduction of new amenities, flexible spaces and enhanced connection with the park adjacent to the property, among other things.

2 Progress payments amounting to S$1.9 million in FY18 for re-flooring works of a periodic frequency which were completed in 4QFY18. No such expense was incurred in FY19.

6 Inclusive of a new lease concluded in October 2019, the committed occupancy would be 99.1%.

7 Inclusive of 50.0% interest in FBP which is held as a joint venture and equity-accounted.

9 Based on provisional scheme which is subject to change.