A Taste of the Charming East Coast

The East Coast of Singapore is well-known for its rustic charm, rich heritage, eclectic shopping and good food. Many have enjoyed the experience these neighbourhoods have to offer.

The East Coast stretch is also known for many popular foodie haunts along places like Siglap, Katong and Joo Chiat.

The Frasers Insider team set off on our bicycles from the site of the highly anticipated Seaside Residences at Siglap Road, through to the districts of Siglap, Katong, Marine Parade and the iconic East Coast Park. 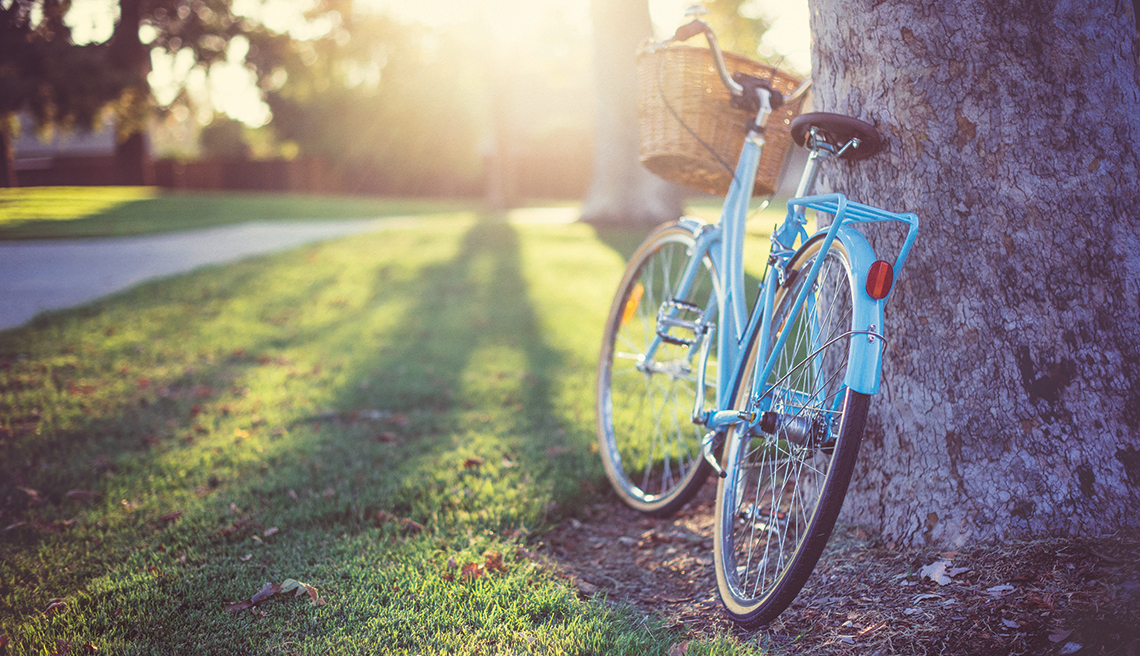 In the first installment of this series, we explore the unique food gems in this charming precinct. Check out what we discovered!

Wake up to the smell of nostalgia

Waking up bright and early, we wanted to satisfy our taste buds with a walk down memory lane. Our first stops were two age-old establishments; Kiliney Kopitiam along Upper East Coast Road, and the Chin Mee Chin Confectionary (CMC) further down on East Coast Road. Known for its rustic charm, the Chin Mee Chin Confectionary is like a step into the Singapore of old, with its old wooden chairs and marble tables.

There are a few better options for a quintessential Singapore breakfast experience other than the simple kaya toast and coffee. Singaporeans young and old, still flock to these two outlets for their old-school charm setting reflected not just in the décor and furniture but also the cups and plates that triggered memories in the past. In an age where hipster Western joints dominate the F&B scene, the rich concoction of smells from butter-and-sugar roasted coffee (the traditional locals brew butter and sugar in roasted coffee), and warm toast spread with generous slabs of butter and kaya, is not only a refreshing pick-me-up but it also evokes a familiar childhood nostalgia for many of us.

The Kaya Toast found at CMC distinguishes itself from other brands with its signature toasted buns with generous slabs of Kaya and Butter.

Those craving for something different can also look forward to traditional alternatives such as Nasi Lemak, Mee Rebus and Char Kway Teow at Killiney, and of course delectable puff pastries and cakes at CMC.

However, the star of East Coast Road, as many would agree, is Katong’s very own Laksa. The simmering coconut milk and seafood stock-based gravy, topped with glass noodles, prawns, cockles and fishcake, is one dish that has become ingrained and synonymous with the Katong stretch.

Another name on the Bib Gourmand list is the 328 Laksa, which is a must-have Singapore delicacy.

Despite many incarnations of the Laksa dish that have cropped up around Singapore, 328 Katong Laksa was recognised as the Michelin guide’s pick of the lot in 2016. Once we picked up our spoons and slurped away at the spicy, fragrant, milky and well-balanced Laksa broth, there was little reason to think otherwise.

Lunch dressed with colour and spice

Also tucked away in a corner of East Coast Road, adjacent to 112 Katong, is yet another restaurant, which was awarded the Bib Gourmand. The aroma of fragrant Tandoor permeates the air at Zaffron Kitchen which serves an interesting set of dishes influenced by both North and South Indian cuisines. Smokey, succulent and flavourful, the Tandoori Mixed Grill has all the makings of a culinary delight.

With a well-lit brick interior, iPad menus, and contemporary furniture, it is clear that the eatery is not bogged down by the traditional way of presenting Indian food.

Although initially sceptical by their lack of a niche cuisine, we were pleasantly surprised by the eatery’s recommendation of the Chicken Dum Briyani, Butter Chicken, Paneer Butter Masala and Tandoori Mixed Grill, which proved to be an explosion of flavours. Can you expect anything less from a Bib Gourmand awardee?

After shocking our palates with the robustness of Indian cuisine, it was time to caress them with a delicate taste of gelato. Birds of Paradise is aptly named for its creation of exotic flavours that are inspired by nature, such as Basil, Spiced Pear, Mint Cacao, and White Chrysanthemum.

Unlike many gelato cones that leave you overwhelmed with sweetness after a few bites, the ones found here are light and perfect for an after-lunch dessert.

Another gem in Siglap to satisfy coffee lovers is a relative newcomer to the East Coast scene, after moving from Club Street in July 2016. Stamping Ground Coffee serves a perfect cup of joe to fuel you for the rest of the day which you can enjoy best on a lazy Sunday afternoon with friends, in the midst of flora.

It was certainly relaxing to be in such a laid-back atmosphere while tasting various blends of coffee, which also includes Papa Palheta and Melbourne’s Rumble Coffee Roasters.

Seafood by the sea

There was only one way to cap off our little food excursion; and that is to sample Singapore’s signature dish, Chili Crab! For our last stop, we eagerly headed over to the East Coast Seafood Centre, the site of the distinguished Long Beach and Jumbo seafood brands.

A perfect combination of sweet and savoury flavours in one plate, Long Beach’s Chili Crab is one reason why East Coast Park attracts hordes of locals and tourists alike.

The restaurants are perfect for large gatherings, known for their generous servings of crabs, steamed fish, roast chicken, stir-fried vegetables and fried rice. However, we were there for one dish only, and the chili crab definitely did not disappoint from all its rave reviews. When we dipped the crab meat into the sweet chilly sauce and then to our mouths, the flavourful, succulent tasty meat brings one into a new level of food heaven. It is no wonder why it is widely considered one of our national dishes, adored by all who try it! 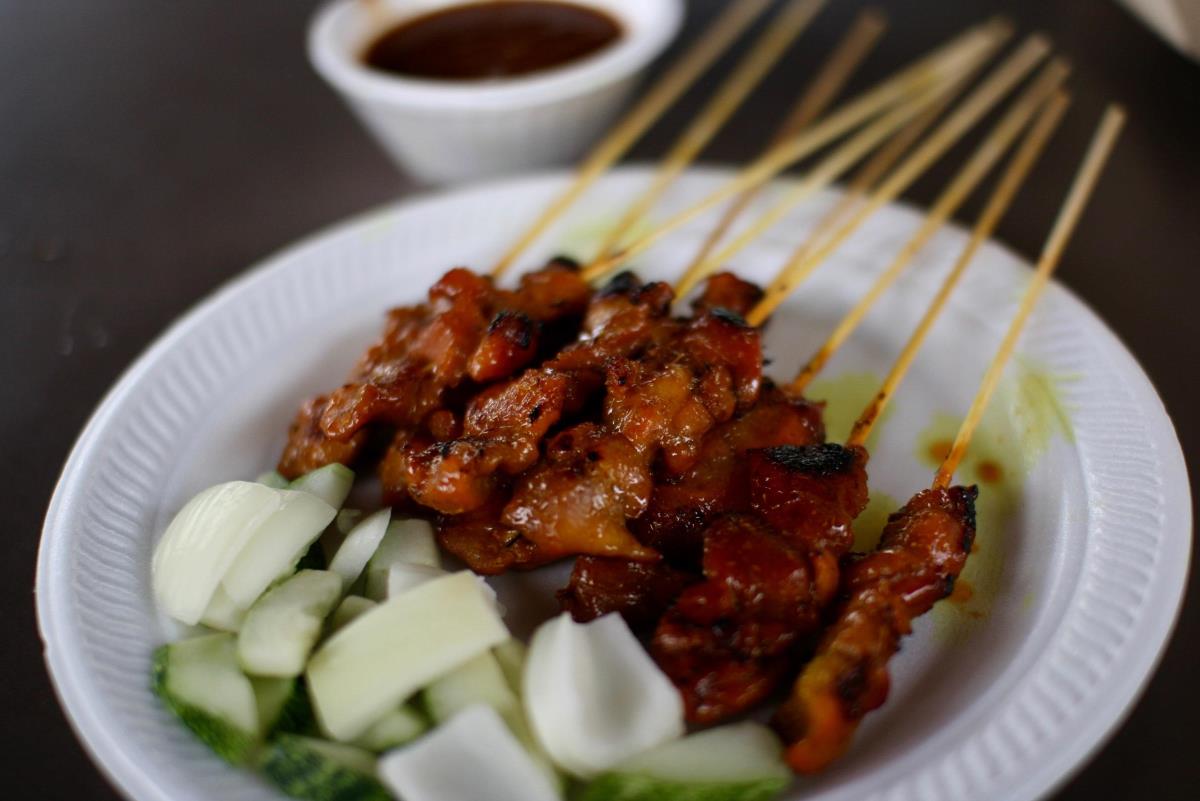 An all-time favourite for beachgoers, the East Coast Lagoon Food Centre is a Singaporean food haven, serving up classics such as Satay.

However, those looking for affordable alternatives can also take a short walk to the East Coast Lagoon Food Village. Here, we found a sumptuous variety of hawker food at reasonable prices, ranging from the juicy grilled Satay, and the colourful Indian Rojak, to the fragrant Hokkien Mee.

Our round trip left us with lighter pockets but heavier, happier bellies. After all that, we finally settled on just enjoying the sea breeze along East Coast Park.

With numerous underpasses and park connectors linking the plethora of food havens, it is indeed true that one does not need to travel far and wide for some of the best food that Singapore has to offer. Just spend a day out in the east and indulge away!